Chelsea will be able to sign players during the January transfer window after CAS lifted their transfer ban.

The Blues took their appeal against a two-window transfer ban to the Court of Arbitration for Sport after Fifa handed down their sanction last February.

Fifa found the London club guilty of breaching article 19 of its regulations on the status and transfer of players (RSTP), which concerns the protection of minors.

CAS reviewed evidence from the Premier League club and world football’s governing body and determined that the ban should be reduced.

Frank Lampard has previously indicated he will look to strengthen his squad in January – with Ben Chilwell, Wilfried Zaha and Jadon Sancho among the names linked with the Blues.

There can’t be too many complaints at the other end of the pitch, where Chelsea continue to score freely, but could Lampard be tempted to bring in more support for Tammy Abraham? 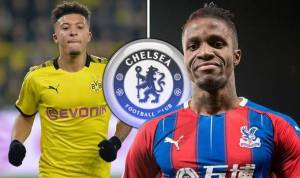 Lampard also commented on what the ban being lifted could mean in the January transfer window.

“I’m certainly not going to sit here today and go too far down any lines with that,” he added. “But we’ll see where we are.

“I’m happy with the squad here, we’re doing okay. My job is always to focus on the next game and what’s in front of us.

“In terms of the bigger picture and what we do going forward, of course that’s constant and it is sometimes fluid, so there are no absolute answers at this point.”

THE ABYSMAL DECLINE OF THE ARSENAL

Due to their Europa League success and the sales of Eden Hazard and David Luiz – and the imminent departure of Alvaro Morata – Chelsea will boast a January transfer kitty of at least £150m.

Chelsea who returned to winning ways against Aston Villa on Wednesday, face Everton on Saturday with the Toffees yet to appoint a new manager following the sacking of Marco Silva. 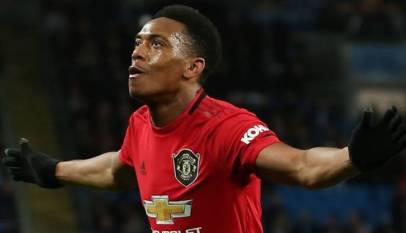