There’s Alisson’s brilliance in goal, Van Dijk’s dominance in defence and that famous front three causing havoc for the opposition, but over the last 12 months, one man has proved his doubters wrong to elevate himself as a truly vital player: Jordan Henderson.

Once again on Thursday, the Liverpool captain was superb with the ball at his feet, shifting possession quickly and astutely and running up a 92% pass completion rate.

Klopp on Hendo: “Is Hendo the perfect football player? No. Do I know anyone who is? No. Is he unbelievably important for us? Absolutely.”

In fact, only Van Dijk (132) completed more passes than Henderson’s 120, while he made no fewer than four key passes. His influence in midfield was key in Liverpool completing more passes (874) in a single Premier League game than they’ve ever done since records began. 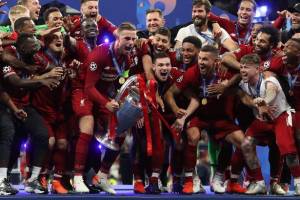 But it isn’t just Henderson’s ability as a ball-player which sets him apart. The 29-year-old has taken on the mantle of Liverpool captain brilliantly, putting in the hard yards when those around him begin to falter and organising his teammates into an almost impenetrable unit with his constant instruction. Even when his teammates couldn’t get the job done, Henderson was there making three tackles — only James Milner made more (four).

Some suggested earlier this season that Fabinho had become Klopp’s most important player. Given the performances Henderson has produced since replacing him, what does that make the Liverpool skipper?

Eddie Howe Might Be Sacked After A Series Of Poor Results

Any team that has lots of mercurial characters and youngsters needs a glue to bind it together and Henderson is that glue of this incredible Liverpool side.

If Liverpool do end up being crowned champions this season there is no doubt that he will be one of the most influential drivers.

Finding a new leader after club legend Steven Gerrard was always difficult, but Henderson has stepped up brilliantly. Let’s see whether he lifts the much awaited Premier league trophy at the end of the season or not.