Arsenal has produced a lot of quality talents at Hale End from the times when Arsene Wenger was the manager. As Arsenal run on a self-sustained model it is important that they produce top quality players at  Hale End. Arsene Wenger always believed in bringing players through the ranks rather than buying talent. Aaron Ramsey, Jack Wilshere, Martin Keown and many others have all been a part of the Hale End project during their time at the club.

In 2018/19 season, Arsenal gave the highest number of minutes for the Academy players to play in the senior team in the Premier League. Arsenal gave a total of 6,599 minutes for their Academy players. To name a few of the recent players who have come from Hale End and made it to the senior team, it has to be Emile Smith Rowe, Joe Willock, Reiss Nelson, Ainsley Maitland Niles, Matt Smith and Bukayo Saka. Bukayo Saka is definitely one for the future and here’s why I feel he’s one for the future.

The English winger got his break into the senior in 2018 in a Europa League match against Vorskla Poltava. He came on as a substitute in 68th to replace former Arsenal player Aaron Ramsey.

A year later, he got his first senior start. It was the last group stage match for Arsenal and it was against FK Qarabag. He put in a good performance which really did impress Unai Emery and Arsenal fans. Arsenal won that match 1-0.

Everyone loves the starlet. Arsenal Goalkeeper, Emiliano Martinez once told that Bukayo Saka and Gabriel Martinelli are not just future stars of Arsenal but for the whole world. He has a lot of high expectations. The best part is that he lives up to the expectations that people keep on him. He is known for his humbleness and for his work ethics. He trains really hard in training sessions and gives his 100% during the match days 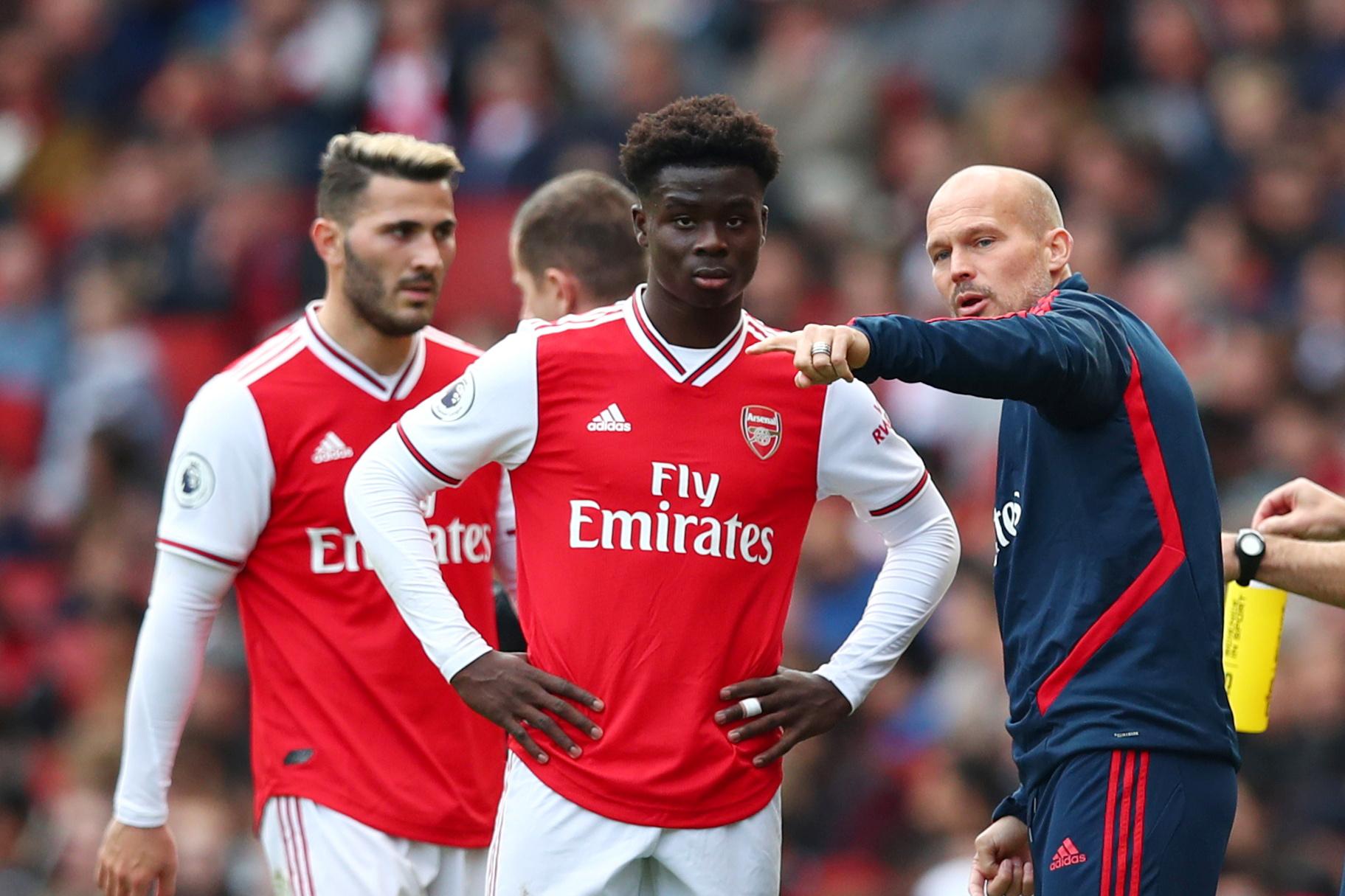 Bukayo Saka has been one of the most versatile players for Arsenal.  He was experimented at Left-wing back when both Kieran Tierney and Sead Kolasinac were out injured. Absence of the two left-wing backs gave Bukayo Saka the chance to prove that he is a quality player and boy didn’t he take his chance well. He was extremely good even though he was played out of position. This really helped the youngster gain recognition at the club. Freddie Ljungberg has seen Saka grow as a player right through his young days. He was Arsenal’s youth team coach when Saka was playing for U-15’s. Freddie Ljungberg played a key role in promoting Bukayo Saka to the Senior team. It was him who told Unai Emery to try him out in the Senior team and Bukayo Saka didn’t disappoint the expectations which were set by Freddie Ljungberg. When everyone had Robert Pires, Thierry Henry as their idols during their young days.  Saka had Freddie Ljungberg as his idol during his growing up days.

Bukayo Saka had to wait quite some time to get his first Premier League goal. When Arsenal visited Molineux Stadium to play against Wolverhampton Wanderers, Saka managed to get his first Premier Goal. Saka’s goal came just before the half time break, It came in the 43rd minute. Saka’s goal helped Arsenal take 1-0 advantage to the half time break. They ended up winning that match 2-0.

Arsenal’s new boss, Mikel Arteta has been really impressed with England International. He said in a press conference that  “I think he represents every value that this football club stands for. He has come through the academy and earned his respect with hard work and accountability and you can see the progression that he is having as a player but as well as a person.”

Bukayo Saka also broke an Arsenal record this season which was previously set by Cesc Fabregas. Former Arsenal Captain joined the club when he was a teenager. He didn’t take time to adapt to the league and was in full flow right from the start.

Bukayo Saka made sure that his future is at Arsenal by signing a new long- term contract. He would be earning 30k per week.  The 18-year-old is a top talent already and at such a young age his potential is at top of the sport.

Moksh Murgai- Story of his success in cricket

With his cricketing skills, Moksh murgai has impressed everybody. This 20-year-old boy has…