Jurgen Klopp has extended his Liverpool contract until 2024 – making this his longest commitment to one club in his career in management. 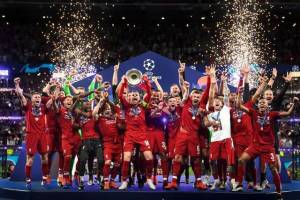 “This club is in such a good place, I couldn’t contemplate leaving,” said Klopp, who led Liverpool to the Champions League title last season.

Klopp believes his new deal will be important for stability and enticing new players. A deal to sign the Salzburg playmaker Takumi Minamino has been agreed for January. He said: “When you want to bring  new players in they ask: ‘How long is the manager going to be here?’ We all wanted to avoid that so it’s done and I am really happy about that.” 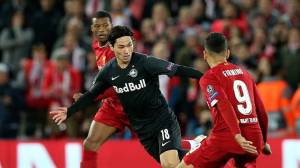 Klopp added: “When the club asked me and I thought about the contract and then I thought about ending, I couldn’t imagine I would leave. Then we could start thinking about how long I wanted to stay. If, in the end [of my career], I only had three clubs then I had three sensational clubs and that would be OK for me.”

Klopp, who has signed a 4 1/2-year extension deal, joined Liverpool in October 2015 and has built one of the best English teams in a generation.

Liverpool lost only one game last season, when the team finished second behind Manchester City in the Premier League before becoming European champions for a sixth time.

This season, Klopp’s team is unbeaten in the opening 16 games in the league, winning 15 of them. With City slipping 14 points behind in a disappointing title defense, only second-place Leicester appears capable of stopping Liverpool from winning its first English championship since 1990 and 19th in total.

“When the call came in autumn 2015, I felt we were perfect for each other,” said Klopp, who previously coached Borussia Dortmund. “If anything, now I feel I underestimated that. It is only with a total belief that the collaboration remains totally complementary on both sides that I am able to make this commitment to 2024.” 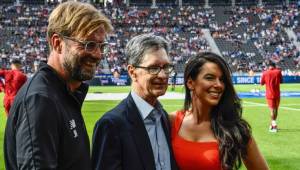 “We are absolutely delighted we have been able to reach an agreement with Jürgen – as well as Peter and Pep – on extending their time with the club,” the owners’ joint statement read.

“As we are sure our supporters would agree, it is truly wonderful news and we are all extremely thrilled, not only professionally, but personally too.”

“We feel this represents one of the big moments of our stewardship of Liverpool Football Club so far as we believe there is no better manager than Jürgen. The decision also keeps with the club’s overall strategy of building from a position of strength.”

The deal represents yet another step in the right direction for the Reds as plans for a successful future in both the short and long term continue to unfold, amid the club’s pursuit of more silverware and the new training base set to open next summer.

This is another step towards making Liverpool FC the “bastion of invincibility” that Bill Shankly spoke of.