Liverpool host a dejected Everton in the Merseyside derby on Wednesday night, where a win for Jurgen Klopp’s Premier League leaders could see the end of Marco Silva.

The Reds are confidently leading the title race, enjoying an 8 point lead at the top, On the other hand Everton are fighting to get away from the relegation zone. Their 2-1 defeat at the weekend condemned the Toffees to their seventh defeat in 10 games. Toffees are struggling to find any consistency and are down at 17th place, just outside the relegation zone with 14 points. 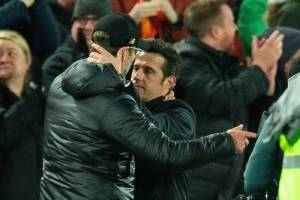 Jurgen Klopp is yet to taste defeat in the Merseyside derby between Liverpool and Everton, as the Reds are undefeated in the last nineteen meetings with their local rivals. The recent H2H clashes turned out to be boring, as there was just one goal scored across the last three encounters. Only two of the previous twenty games were won by the side listed as visitors, while the hosts recorded eight triumphs for the same period.

Goalkeeper Alisson got himself sent off against Brighton at the weekend following a moment of madness. Adrian will, therefore, start in goal. This won’t fill Reds fans with confidence given his nervy performance after coming off the bench. 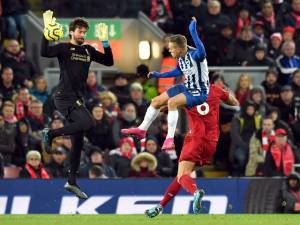 Fabinho, Jurgen Klopp’s ‘Dyson’ in midfield is ruled out with injury. The Brazilian international picked up a knock against Napoli and is set for a good few weeks on the sideline.

Joel Matip and Nathaniel Clyne are Liverpool’s only other injury concerns.

The blue side of the Mersey have a few injury concerns too.

Fabian Delph is a doubt but will be given an assessment closer to kick-off to decide if he’s fit enough to play. Similarly, Theo Walcott could return after shaking off a knock he picked up.

This game could not come at a worse time for both Everton and Marco Silva, though Toffees may well find a Merseyside derby easier to raise themselves for.

That being said we believe Liverpool should see out a win on Wednesday that could well be final nail in the coffin for Marco Silva.