With his cricketing skills, Moksh murgai has impressed everybody. This 20-year-old boy has performed well whenever he got an oppurtunity. Moksh is a state level athlete, a professional cricketer from Delhi. Moksh Murgai was born on 27 of November, 1999. He was born in Delhi & has played nationals in various categories; sub- junior, junior and senior. Apart from this, he has played interzonal (District) amd zonal level cricket. Childhood hard work and determination he has spent on his game is a tremendous mark. He has scored a lot of runs in local and tournament matches in Delhi and other parts of the country. Due to his brilliant performancee, SH sports has given contract to this young lad for 2019-20. Murgai has been appointed as sports president of Delhi university/ Dusu (Delhi university students union) in 2020. He has also represented India in a tournament in Lucknow in 2018. He has scored 850 runs with 20+ wickets in DDCA league 2018-19. Moksh has scored around 30 centuries along with 50+ half centuries in the domestic circuit. Starting his career when he was only 7 years of age, Moksh has achieved a lot in his career, and now also aiming to make his mark in the Ranji side. He has also talked about the struggle he faced, the sacrifices he made and how he always gives priority to his game. He further added that cricket has made him mentally and physically fit. Excellent performances in many matches have enhanced his reputation in this field. He also shared mantra of his life “when you focus on problems, you’ll have more problems. When you focus on possibilities you’ll have more oppurtunities”. 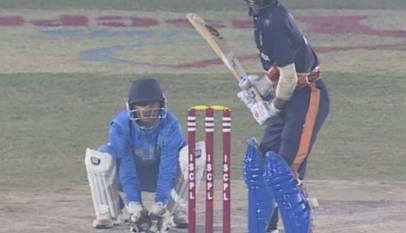 Moksh Murgai- Story of his success in cricket

The action continued at the Brigade Cup 2020. The two teams, SocGen and Genisys clashed in…