Mahendra Singh Dhoni is one among the greatest names in World cricket. MS Dhoni hails from Jharkhand. Given his background, his rise into international cricket is a story of sheer passion, dedication, commitment and extraordinary self-belief. The journey of MS Dhoni has surely influenced a lot of cricketers from the small towns to make it to the big stage.

MS Dhoni made a name for himself in Ranchi’s cricketing circles. He created his reputation as a teenage boy, who could clear boundaries against some of the best fast bowlers of the district. However, his journey has not been an easy one. The system failed to recognise Dhoni’s capabilities. He struggled to make the cut against candidates of more affluent states. He then started to work as a ticket collecter to meet ends. 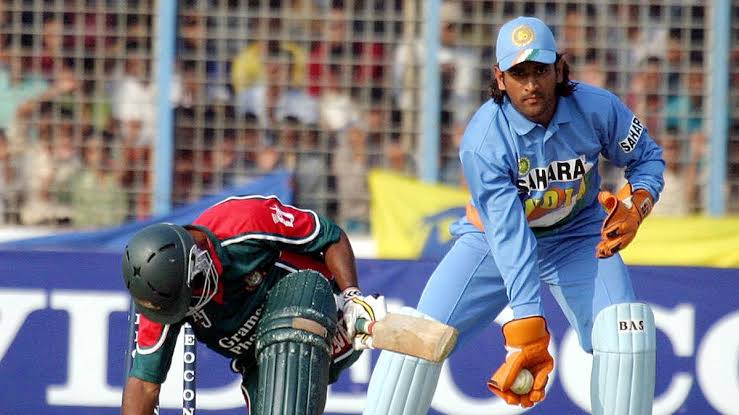 Nonetheless, little did Dhoni know that the doors would yet again open for him. The BCCI started a country wide Training Research Development wing, inspired by the KSCA. It was a move to scout talent from the more financially backward states. Dhoni did not fail to grab the attention of the scouts. He was then sent on an A tour to Kenya. It was here that he first displayed what he was truly capable of. He showcased his batting against quality bowlers in unfamiliar conditions. Dhoni was immediately into national reckoning and picked for the Bangladesh tour in 2004.

However, Dhoni’s international career did not start as he would have liked it to. He scored a duck in his maiden ODI. It followed by a string of poor scores. Luckily for him, the selectors and then captain Sourav Ganguly decided to give him an extended run. This time around, MS Dhoni grabbed the opportunity with both hands and did not disappoint. In the fifth ODI against Pakistan, Dhoni unleashed himself as he smashed a 148 at Vishakapatnam. However, the total unleashing was yet to come. In 2005, he smashed a brutal 183* in Jaipur against Sri Lanka. MS Dhoni thus showed the world his power hitting abilities that we are well aware of today.

MS Dhoni and the captaincy saga 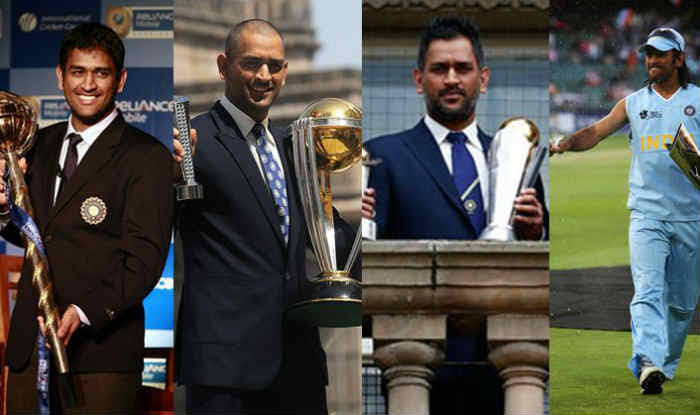 Known to be cool and calm as ever, MS Dhoni was recommended by senior players like Dravid, and Tendulkar once Dravid stepped down.

His first assignment came in the form of the 2007 World T20. Dhoni had to lead a young and relatively inexperienced side. However, he led the side to an unexpected triumph. Dhoni’s composed and fearless captaincy was lauded by one and all. This earned him the label of ‘Captain Cool’.

Captaincy seemed to have taken away the fierce hitter in MS Dhoni. However, over the years, he has given several performances that prove it was not so. He learnt from seniors and could adjust his game as per the team’s requirements.

MS Dhoni had a great run as India’s captain. He the lead the team for the first tike ever to be ranked No.1 Test team. Dhoni also led India to the historic World Cup victory in 2011. Two years later, he also led the team to the Champions Trophy triumph in England in 2013. He therefore became the only captain in the world to have all three major ICC trophies under his belt.

However, his captaincy did come under critisism during successive losses in England and Australia. His captaincy was questioned along with India’s capability to win overseas in Tests. Coming back to India, however, MS Dhoni guided India to the Border-Gavaskar trophy in 2014. It was the first time that India whitewashed Australia (4-0) in a Test series.

He also captains IPL franchise Chennai Super Kings. CSK is one of the most successful teams in the history of the IPL. Dhoni led CSK to their first title in 2010. CSK won the tournament for the second consecutive time in 2011 as well. Chennai also won the Champions League T20 in 2010 and 2014. CSK has three IPL titles and Dhoni is regarded as one of the most successful captains of the IPL as well.

He may seem to have hit the end of the road at present. However, one can surely not discount his immense contribution to Indian cricket. He shall always be remembered as one of the greatest cricketer and captain the world has ever seen.