After spending almost 162 days without donning the PSG shirt, Neymar Jr. returned to the Parc des Princes and scored a spectacular bicycle kick winner against Strasbourg during stoppage time, to earn a 1-0 win.

But Neymar scoring on his return wasn’t the only affair on the pitch that made the news. Throughout the match, raucous PSG fans bombarded Neymar with an aggressive onslaught of boos and hostile banners every time he touched the ball. The boos didn’t stop even after he scored the stunning winner for his team.

The frosty booing persisted on till the end of the game. Banners purported the harshest abuses against him and his father (who is also his manager). The fans expressed contempt at his efforts to move back to Catalonia before the start of the season, two years after his €198 million move to Paris. One of the banners even asked Neymar’s father to sell his son to sex-work in Brazil.

Despite the boos, Neymar stated at the end of the match that he did want to move to Spain before the end of the season. He also affirmed that he is past that debacle and has nothing against the club and the fans.

“It is time to turn the page. Today I am a PSG player, and I am going to give everything on the field”, Neymar said after the win against Strasbourg.

Messi was going to leave Barca? 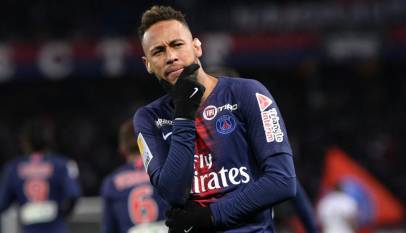 Xavi talks about a return to Catalonia, this time as a coach