Watford take on Manchester United this weekend. Watford are currently at the bottom of the table and need every point they can get to stay in the top flight.While, last week’s draw against Everton hurt United’s chance to close the gap between the top four. Manchester United are coming off a win against colchester in the mid-week and must win this week with Chelsea and Tottenham squaring up against each other.

When is Watford-Manchester United and where can I watch it live?

Nigel Pearson may not make any changes to the side he fielded against current league leaders Liverpool. Roberto Pererya and Adam Masina are back from injury.

Pogba is finally in the travelling squad. Bailly, Fosu-Mesah, are continuing their recovery. Diogo Dalot could be fit for a place on the bench.

The Hornets will look to their talismanic captain Troy Deeney for inspiration on the field. Able support from Deulofeu should cause some concern for United. 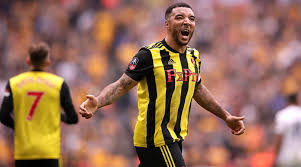 With United struggling against teams who setup a low-block this season, no reason for Watford to re-invent the wheel. For Watford to win, Troy Deeney has to take what little chances he gets on the counter-attack.

A good outing in the mid-week and being subbed off at 6o minutes should have kept Rashford fresh for this match. He has been their biggest goal threat this season. And, he needs to continue be that for them to have a shot at all three points in this match