Indian pacer Mohammad Shami has revealed that he played the 2015 World Cup with a fractured knee.

“The knee broke in the first match itself. My thighs and knees were the same size, doctors used to take out fluid from them everyday. I used to take three painkillers,” Mohammad Shami told former Indian pacer Irfan Pathan during a candid chat on Instagram live on Wednesday.

Mohammad Shami was the second highest wicket-taker for India with 17 wickets from seven matches. He was only behind Umesh Yadav, who played a game more than him and picked 18 wickets.

He also credited Dhoni for motivating him to carry on playing despite the pain throughout the tournament. Dhoni also especially in the semi-final at the Sydney Cricket Ground where they lost to eventual champions Australia.

“Before the semi-final match against Australia, I told the team that I cannot take any more pain,” said Mohammad Shami.

“Mahi bhai and the management showed faith in me and they really kept confidence in my abilities.

“I played the match and gave just 13 runs in my opening spell. Then I went off the park and told Mahi bhai that I cannot bowl any longer. But he told me he cannot go to part-time bowlers and asked me to not give away more than 60 runs. I have never been in such a condition like this, some had said my career is over, but I am still here,” he added. 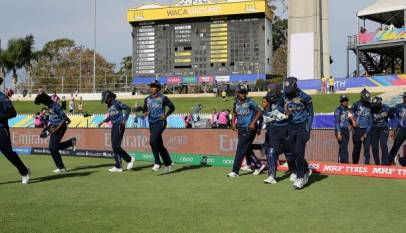