As 2019 winds down, the 10’s decade is also coming to an end. So, we here at SportsNewsQuest would like to tell our team of the decade.

So, before I start on the team of the decade, I would like to lay down some ground rules. I’ve decided upon a 4-4-2 formation to accommodate the best possible players. There was a lot of competition in the midfield,right-back and striker places but, alas only 11 players can be accommodated. When I mention the players, I will also mention the players who just missed out and why they missed out. 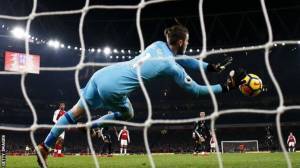 Though he has only won 1 Premier League title, de Gea has been rather unlucky that his peak years have coincided with United’s decline. He has arguably been their player of the decade. He’s also been unfortunate to be behind the worst set of defenders in United’s history.

De Gea also had the “Messi season”of keepers in the 17/18 season. He helped United concede 16 goals less than they were expected to, an effort which helped them come 2nd when in reality they were the 6th best team in England.  He also had his fair share of Dave Saves memes.

One stat which highlights his inclusion in this team is the fact that he shares the record for most saves in a Premier League game since Opta started collecting records. In a game in December 2017 against Arsenal, he saved 14 out of Arsenal’s 15 shots on target to deservedly win the Man of the Match that day.

He truly had no chance despite having won more trophies with a Champions League among them. He’s been unfortunate to have de Gea in this decade. Otherwise he would have been a shoe-in.

I was conflicted over this with there being 3 perfectly valid candidates but I’m gonna rationalize my choice.

Kyle Walker has won 2 Premier League Titles, 1 FA Cup, 2 Carabao Cups and 2 Community Shields. So, on that front, he has fulfiled that criteria. He has played under 2 great managers the League has seen. He’s had a record-breaking season under his belt. He’s also been consistently good. Though he has had an ordinary half-season this year, he has done enough to warrant a place in the team.

Zabaleta was in contention until his horror time at West Ham was considered. He has won tons of trophies with City but only had about 5 good seasons.

I really wanted to include TAA because he has done enough to redefine the right-back position in the Premier League or even in world football. But one thing against him is that he’s only had 2 seasons of regular senior football. And that’s such a shame but should he stay at Liverpool, he’ll definitely be the RB of the next decade atleast in the Premier League. 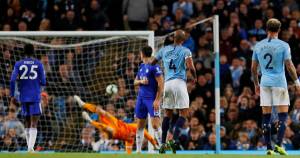 If there was ever a man who can be called Mr. Manchester City, it should be this guy. Kompany’s been through City’s entire transformation from a joke of a club to a domestic juggernaut. One more thing which just defines him is that though he’s Belgian, he managed to entrench himself in the culture of Manchester.

He’s also scored so many important goals for City in Derbies and must-win games. His most defining goal will always be that goal against Leicester which literally won them the league last season.

He also like TAA suffers from playing for Liverpool for 2 seasons but what shouldn’t be forgotten is how he’s transformed Liverpool. He’s also allowed TAA to be himself by securing that entire space left behind by TAA. He’s also suffered from the fact they’ve not won the Prem yet. 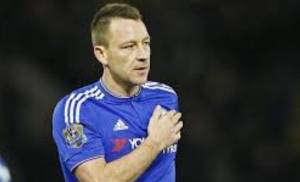 Terry, like Kompany, is Mr. Chelsea. What can I say? He’s won 3 Premier Titles, 1 Champions League, 2 FA Cups, 1 League Cup and 1 Europa League. He’s put his body on the line to keep Chelsea in stone games.

Though he’s had some dodgy moments (Full Kit after Champions League win and being subbed off in the 26th minute in his final Chelsea game), he didn’t miss a single minute in the 14/15 season despite being 34 years old.

Gary Cahill’s suffered from being in the shadow of Terry. Cahill’s won everything that Terry has won with an extra FA Cup and Europa League. He’s been a great servant for Chelsea and won the Champions League final on half a hamstring. He will go down as one of the underrated defenders in the league. Azpilicueta’s played in virtually every position across the backline. He played as a leftback in the 14-15 season, as a centreback in the 16/17 season and as a rightback from last season. Until this season, he had just missed 2 games in 3 seasons. That just tells us about his indefatigability and he truly deserves to be in this team. It’s kind of fitting that he’s the leftback because he’s done this his entire Chelsea career and also because there has been no standout candidate.

Maybe if Robertson had broken through 2-3 seasons ago, he’d have had a chance but that lack of time does him in. 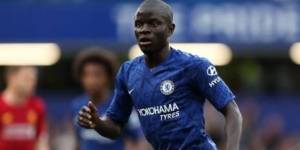 Kante has won the Premier League in consecutive seasons with 2 different teams, only the 2nd player since Eric Cantona. He’s evolved from being a tackle and interception monster to a more complete midfielder. Kante has gradually added different strings to his bow. He’s added passing range save also developed a bit of a goal threat as well.

De Bruyne’s been excellent during his time in England. But his lack of seasons completed in England as well as the injury ravaged season he had last season mean he misses out. 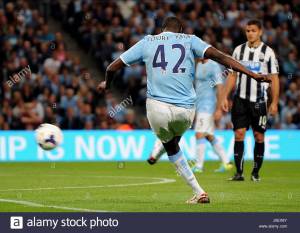 This was a tricky position to decide with there being 2 equally great candidates. Ultimately I have gone with my personal and partial view on the final selection but it could have been David Silva as well.

So, why did I choose Yaya Toure? He got City’s decade of dominance started by scoring the winning goal for City in the FA Cup Final. He also had a career best season in the 13/14 season with 20 goals and 9 assists. During that season, he also scored a fair few free kicks as well. Though he fell out with Pep later on, but ultimately I have always loved the way Toure plays.

Silva has had a sterling career while at City and also he has been very pleasing on the eye. He’s one of the few players that stats don’t do full justice to because he doesn’t score or assist a whole load of goals but what he does is give the pre-assist. Although I’ve respected him as a great player, I’ve never been enamored by him and that’s why he misses out. I realize that he will be in most people’s team of the decade but unfortunately not in mine. 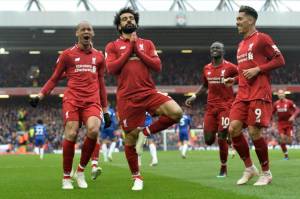 Salah has gone from being the answer to a pub quiz question ( Who scored the 6th goal in Wenger’s 1000th game?) to being one of the most elite footballers in the world. He was put into the refuse bin by Mourinho but since coming back to the Prem, he has proved him wrong.

He has broken the record for most goals in a Premier League season. Won the Golden Boot 2 seasons in a row. Won the PFA Player of the Year. A feat which is very hard to achieve. There was frankly no other contender for this place.

He’s won 2 Premier League titles and also a PFA player of the year. But he’s only had one great season and that’s not a marker to be in this team. 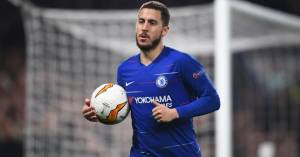 Hazard has been Chelsea’s man of the decade. He has not been prolific in the goals front but the creativity he offers was simply brilliant. Hazard’s won so many games for Chelsea singlehandedly, an attribute which this current, young Chelsea team lacks. He is simply mesmerising on the dribble and he’s always the player who is specifically marked by the opposition. He’s won every trophy in England and has been unfortunate to not win a Champions League while at Chelsea.

Sterling has improved in his goalscoring a lot since Pep came to Man City. He has been a great ambassador of the game off the pitch as well. Sterling will definitely be in next decade’s team should he stay in the League. He just missed out because he’s been behind a bonafide Premier League legend. 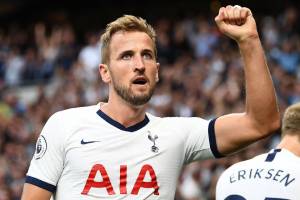 This was neck-in-neck competition between Kane and Vardy. It’s kind of fitting that these 2 were on the bench back in the playoff semifinal in 2013 Vs Watford. Both have been very good but Kane edges it because of his consistency. He’s also added so much to his game by being able to drop deep. He has slowed down in the last 12 months but that is attributed to the injuries he’s had. To think that he was a chubby 16 year old exactly a decade back is ridiculous.

Vardy’s been good, being a crucial part of Leicester’s fairytale run to the title. But he’s just pipped by Kane. 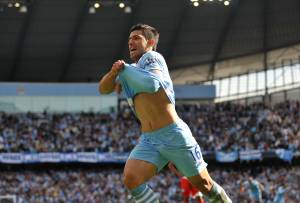 Just for the Agueroooo moment, he should be in this team. Aguero scored that goal with the final touch of the season, winning City their first title for 50 years. He is also City’s all-time top scorer. Aguero has also adapted to different managers. If it weren’t for injuries, he would have broken Shearer’s goal record. He also possesses an insane strikerate of .69 goals/game.

Suarez had an insane 13/14 season with a special liking for Norwich. He was so good and he literally carried Liverpool that season. If it were not for him leaving in 2014 and his off the pitch shenanigans, he would have been in with a shout.

So, this is my team of the decade. Hope people agree with this. Ciao and have great next year and decade.

Boxing Day Knockout at the Bridge by Southampton

In a another disappointing home loss, Chelsea suffered a devastating loss 2-0 loss to Sout…