From La Liga to Bundesliga and now it is Premier League. The striker from Barcelona is now being linked to Tottenham. Harry Kane’s injury could force Tottenham Hotspur into making a move in the January transfer window. The striker was seen limping off in the second half against Southampton on New Year’s Day.

Kane injured himself as he thought to have equalised for the north London club. However it was ruled of offside.

It has not been revealed as to how long Kane will be out of action for. But it is being reported that he has suffered a hamstring tear. A statement posted on the club’s official website tells about the hamstring injury of the Englishman.

Shortly after this injury update, rumours came into the media that Borussia Dortmund striker Paco Alcacer has emerged as a potential contender to fill the gap up front for Jose Mourinho’s Tottenham.

The Spaniard has scored 23 goals in 37 games in the Bundesliga after his move from Barcelona in 2018. Recent reports claim the link between the English club and Alcacer for the remainder of the season. The report also claim that Alcacer has told Dortmund that he wants to leave the club.

After the arrival of Erling Braut Haaland from Red Bull Salzburg, Dortmund will also look for some money to walk in.

Does it end easy for Tottenham?

However the tale doesn’t end here. Spanish club Atletico Madrid have been reported to be interested in the Borussia striker.

The Spanish media claim that the La Liga side have already made contact with Alcacer. He is also one of two centre forward options this month.  Alongside Paris Saint-Germain’s Edinson Cavani.

Interestingly, it is also being reported that Atletico are actively looking to cut their losses on Thomas Lemar which could earn them to fund a move for a new striker. 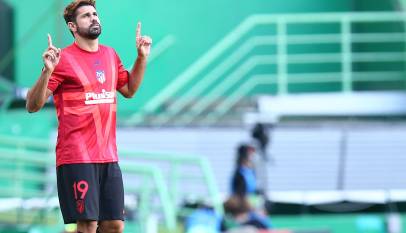