Following his return to tennis from a retirement scare back in January, British superstar Andy Murray won his first singles match at Zhuhai Open. Murray beat Tennys Sandgren of the USA 6-3 6-7(6) 6-1.

Murray made a dream return to tennis by winning the Fever-Tree Championships doubles, partnering Feliciano Lopez. But, he heavily struggled in singles. He lost to Sandgren at Winston-Salem Open, in just his second singles match on the comeback trail. Following that loss, he went back to the basics, competing at a Challenger event in Spain.

Earlier this week, the Scot said that “it would probably be a bit naive and silly” to expect him to become the player he once was. The win against Sandgren tells us that the former numero uno looks intent on taking a step in the right direction. Murray’s physicality wasn’t as much of an issue. He ran all over the court and got everything back in play. There was also a significant improvement in his groundstroke consistency and pace, as well. Murray got the win without facing a single break point.

Now that the first win is ticked off the list, focus shifts to whether the 2-time Olympic Gold medalist is capable of winning consecutive matches. He next faces 7th seed Alex de Minaur. The rising Aussie star needed just 70 minutes to sweep aside compatriot John Millman 6-1 6-3. 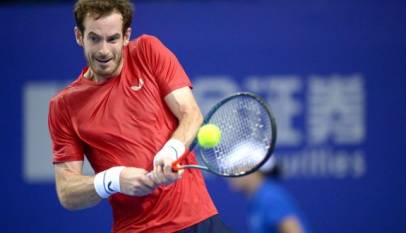 From La Liga to Bundesliga and now it is Premier League. The striker from Barcelona is now…